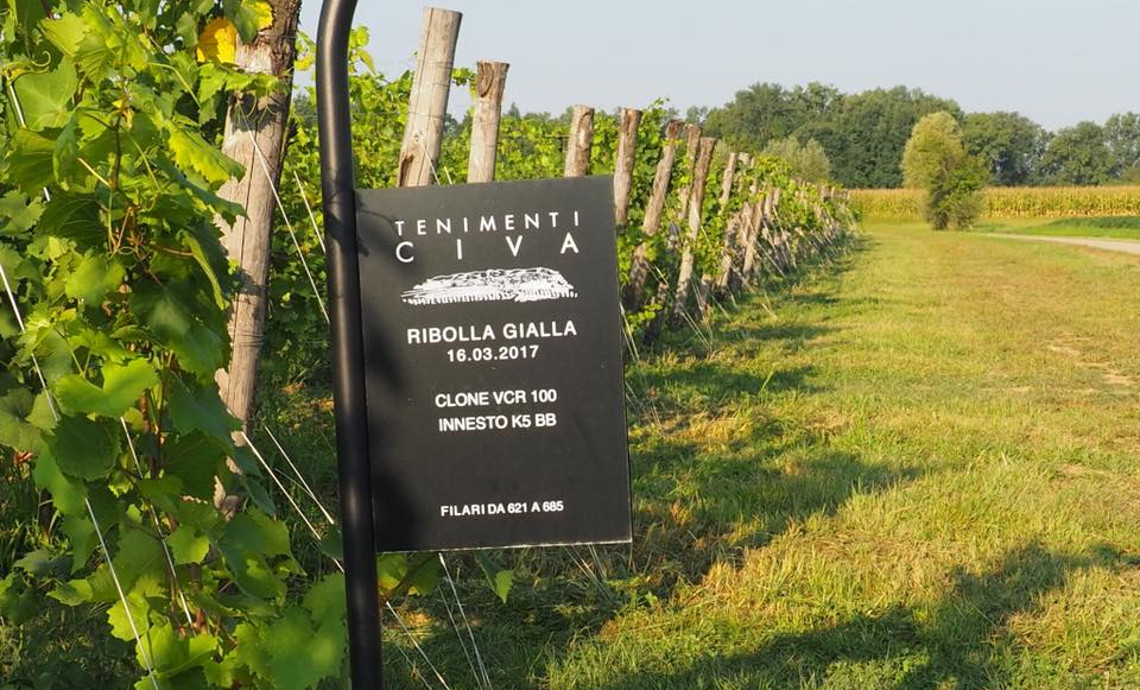 Last night the second appointment with Friuleconomy went on air on Telefriuli. It was presented by Massimo De Liva flanked by Paolo Valdesolo (oenologist), and was dedicated to the future of Ribolla Gialla. The interesting debate that ensued saw not only the heads of the various co-operative wineries in Friuli Venezia Giulia, but also producers – including Valerio Civa of Tenimenti Civa at Bellazoia di Povoletto –, journalists and women in wine.

The first topic discussed regarded the regulations that should be introduced to best represent the quality of Ribolla Gialla in the hills and on the plains. The unanimous opinion was that it was necessary to accelerate the implementation of a production protocol to protect Ribolla Gialla, which would prevent it from being planted, produced and managed outside Friuli Venezia Giulia. There should be two distinct designations, with a DOC status protocol for Ribolla Gialla from the plain and a DOCG for that from the hills.

Ribolla – it has been said – is a very generous variety, strongly conditioned by its growing environment. The hillside sites are capable of producing high quality wines, but Ribolla has the potential to achieve fine expressions also in the plains, provided that its agronomic needs are correctly understood and precise winemaking aims are established.

Furthermore, the importance of promoting Ribolla Gialla along with the territory was stressed, because according to a recent survey by Nomisma on a sample of 1000 respondents, only 36% associated the production of Ribolla Gialla with Friuli Venezia Giulia. There is therefore a lot of work to be done to make the vine known nationally and internationally. It is hoped that the necessary work in terms of promotion and communication will be implemented at a regional level through strategic planning.