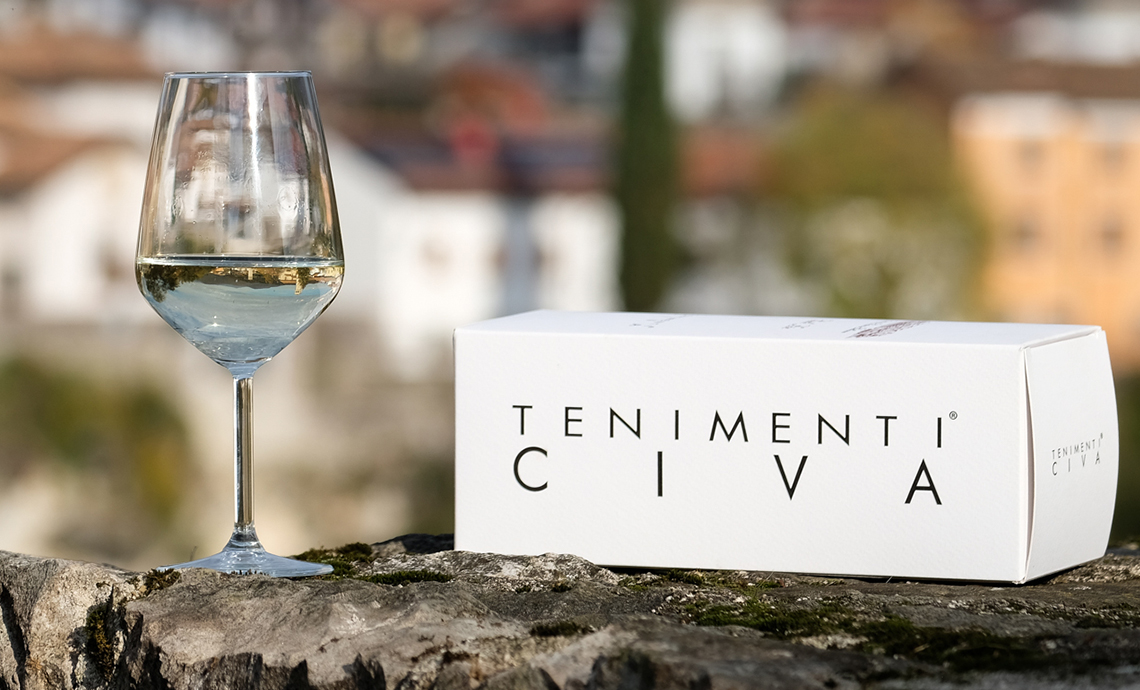 Ribolla Gialla: the variety thast has defied the passing centuries

It’s hard not to recognize the cylindrical bunches of Ribolla Gialla due to the characteristic dots on the berries and their alabaster yellow colour.

Friuli is its homeland, which includes a part of the Colli Orientali del Friuli and the Italian and Slovenian parts of the Gorizia Hills. The name Ribolla has been in use since the Middle Ages, but back then it was a wine that was produced with different grape varieties.

It is not until 1822 that we find a clear mention of the existence of a grape variety called Ribolla. However, we will never know if this was what we call Ribolla Gialla today, or just one of the many grape varieties that were used to produce the wine with this name.

The varieties used to produce Ribolla wine were numerous, could change according to the territory and were used it in carefully-studied proportions.

In the past different varieties were often given the same name because of the prestige enjoyed by a particular wine. Ribolla was a sweet wine from the hills with a market beyond the mountains that guaranteed its sales.

The numerous awards it received in Italy show that Ribolla wine was known and appreciated also outside Friuli thanks to Venetian and Florentine trade.

From scientific studies we know that there is no single variety named Ribolla. There are in fact three distinct varieties: Ribolla Gialla, Ribolla Verde, grown mostly in Slovenia, and Ribolla Nera.

The latter is the variety used for the prized Schioppettino wine, which gives of its best in the district of Prepotto and in the hamlet of Albana, in the province of Udine.

Where it is grown

After a period of oblivion, Ribolla Gialla was rediscovered in the early 90s thanks to small wineries wishing to keep alive its historical link with the territory.

While in those years it was mostly confined to the central-eastern hills of Friuli, today it is grown in all the provinces: Udine, Gorizia, Trieste and Pordenone. When grown in the sunny hills on marl and clay soils, the grapes are normally used for still Ribolla; grapes obtained from the plains, meanwhile, are used to produce both the still version and sparkling wine.

From harvest to vinification: the physiognomy of Ribolla

The harvest takes place in around mid-September.  From the grapes processed in stainless steel using traditional off-the-skins fermentation, a pleasant wine is obtained in which varietal aromas emerge that evoke citrus fruits, white-fleshed fruit – apple in particular -, hints of herbs, and floral notes of wild flowers and roses.

In the mouth it shows good structure in which fresh, tangy notes predominate, and moderate alcoholic strength, making it very drinkable. Its often sharp acidity makes the wine supple, and cleanses the palate when eating oily foods.

It is thanks to its acidity that Ribolla lends itself to sparkling wine production, mostly with the Martinotti or Charmat method or with the Metodo Classico, giving in both cases a refined sparkling wine, with a distinct personality and a future that we hope will be bright.

Sometimes Ribolla Gialla is the result of maceration on the skins. “Orange wines” are now widely available, and display a particular profile resulting from vinification and/or maturation in wooden containers. They have a luscious orange-copper colour, dense texture and are characterized by the austere thrust of natural acidity.

While it was originally recommended to grow Ribolla Gialla on hilltop sites, today it is also widespread in the plains, where it is mostly used to produce the sparkling version.

This shows how a wine can change over time while keeping the same name. Ribolla wine has been a “sweet filtrate” (Ribuele colade), i.e. a must which is only partially fermented, a very pleasant still wine that has recently also established itself in the macerated version, and finally a sparkling wine that we hope will have a bright future in the immense sea of fizz.