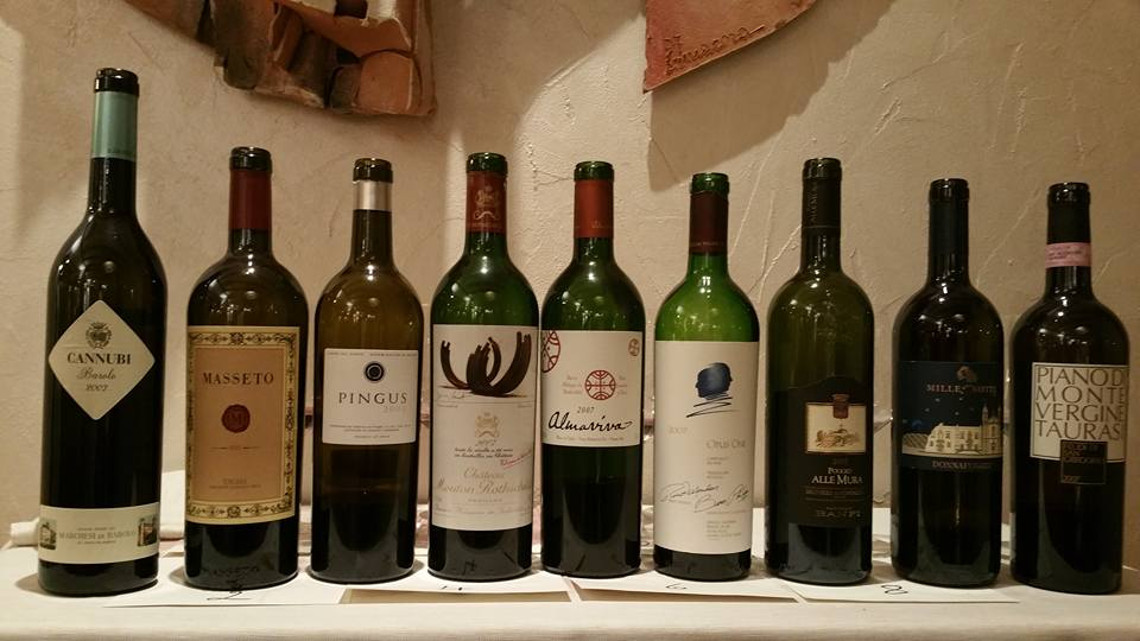 Nine red wines from the 2007 vintage for a birthday

A cheerful convivial evening to celebrate the birthday of Valerio Civa, owner of Tenimenti Civa in the Colli Orientali del Friuli, became an opportunity for a fun evening of tasting. Nine 2007 vintage wines, a mixture of Italian, French, Spanish, American and Chilean, competed for the podium. Both expert and amateurs took part in the tastings and final judgment, and none of them had any idea what they would be tasting. This blind tasting soon became a captivating contest, with differences of opinion on every glass of wine tried, leading to heated debate. In the end, however, the choice of a winner was almost completely unanimous! There’s an interesting article on the event in QBquantobasta FVG.