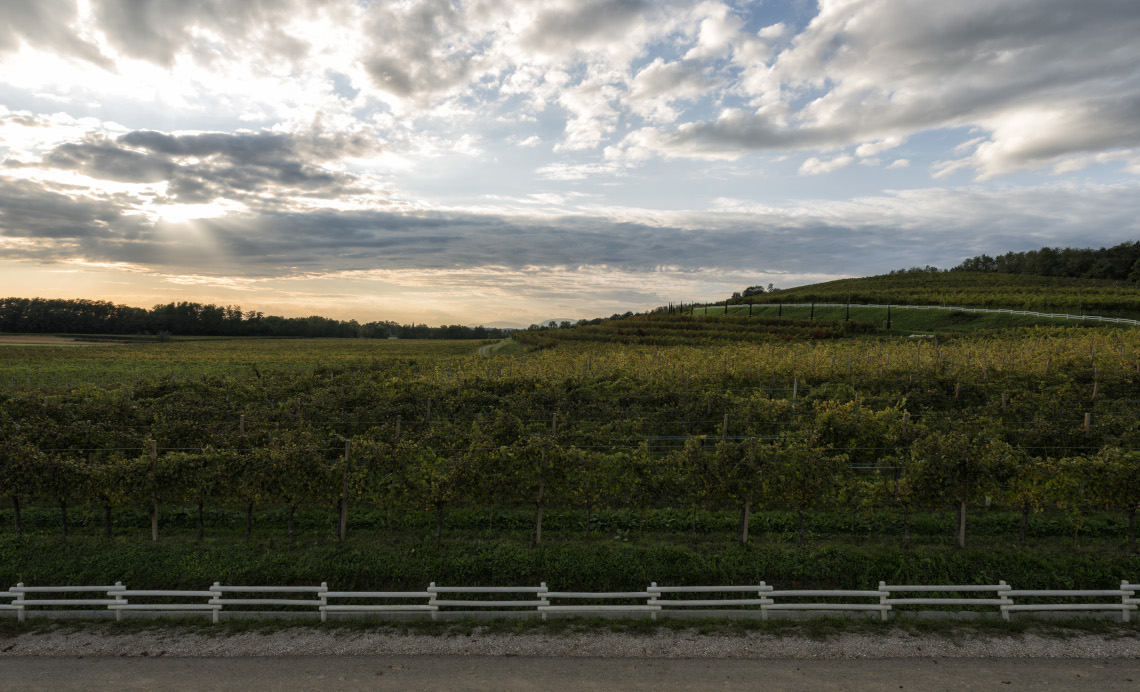 Tenimenti Civa is once again on television, after the highly popular summer episode of Linea Verde on 27 August, with several appointments on Sky, 7Gold and Telefriuli, a well-known Friuli Venezia Giulia broadcaster.
On Sunday 10 December, at 9pm on Sky 832 Tva, the appointment is with Antichi Sapori d’Italia – I Paesi del Gusto e del Vino, to learn about the landscape, culture, food and wine of Friuli Venezia Giulia.
Every week, the programme’s presenter Cristoforo Di Tella takes 7Gold viewers on a journey in search of excellent local products, but also of historical places and small towns of particular beauty and atmosphere. The programme will be repeated on Sunday 11 December on TVSat, at the same time. Aficionados of 7Gold plus and 7Gold, Triveneto’s leading television broadcaster, will be able to watch the episode on Saturday 16 December at 5.30 pm on channel 92, and on Sunday 17 December at 12 noon.

Also in December, the evocative eight-part documentary “Incantesimi delle Terre friulane”, by author and director Fabrizio Zanfagnini, will be broadcast on Telefriuli. In the 36-minute-long episodes, Zanfagnini takes us through the evocative landscapes and towns of a sometimes little-known Friuli. The high-definition aerial footage, which took three years to shoot, adds unusual, captivating perspectives to the views of the landscape. The episode of 24 December entitled In the shadow of the small mountains is dedicated to the Colli Orientali del Friuli, between Cividale and Tarcento, with a flight over Bellazoia where the Tenimenti Civa winery is based. The programme will be broadcast at 10.15am and repeated in the late evening at 10.30pm.