The wonders of Vitis Vinifera
The climate, the soil and the vine

The interaction between the climate and the soil affects the development of the vine and therefore the composition of the future wine. Thus the fresh notes of Ribolla Gialla, and the velvety ruby hue of Refosco dal Peduncolo Rosso tell stories that are imbued with the flavour of the land where they originated.

THE CLIMATE AND THE VINE

When we talk about climate we need to distinguish between macroclimate, mesoclimate and microclimate.

The macroclimate is the result of large-scale phenomena such as latitude, mountains, plains and large bodies of water.

The Mesoclimate where the vine grows

The climate within a region, meanwhile, is known as the mesoclimate. The mesoclimate is influenced by latitude and altitude: there is a great difference in climate between sunny Sicily and the cool climate of Friuli due to the different latitudes of the two regions. In addition, two areas, although found at the same latitude, if one is for example on the coast and the other more inland, may show significant differences in terms of temperature range and rainfall.

The most prestigious wine-growing areas in the world, which produce higher quality wines, are located between latitudes of 30° and 50° north and south of the equator, i.e. in areas with a temperate climate.

Outside these bands of latitude there are not favourable climatic conditions for the development or survival of vines, since it is either too cold or too hot. In Europe, vines are grown up to the 48th parallel in the north, which corresponds to the Champagne area in France. The Mediterranean, on the other hand, is the southern limit; beyond here – between the equator and the 20th parallel – vines struggle to survive. Their life cycle would become a continuous production of fruit, making them easy prey for parasites.

Cool temperate areas, such as Friuli, favour the production of elegant white wines. In particularly warm areas, the wines are more structured but less graceful, and the difference between one vintage and another is hardly noticeable.

Altitude corrects the effects of latitude, and with a view to quality viticulture, we need to consider altitude and latitude together. In hot countries, altitude improves grape quality, while in particularly cold ones it makes it impossible to grow vines.

The microclimate and the vineyard

The climatic variations associated with the limited environment of a single vineyard plot are known as the microclimate. The microclimate is influenced by various farming practices: the vine training system, the distance between the rows and between the plants, the distance of the plants from the ground, the cover cropping of the soil, defoliation, pruning criteria, and other factors, such as:

The microclimate affects all stages of vine development and the duration of the annual cycle, from budbreak to harvest, conditioning the accumulation of substances in the berry.
In 2019, for example, the vegetative-productive cycle of vines in the Colli Orientali del Friuli had an average duration of 164 days.

During the annual cycle, the vine’s minimum needs for light, water and heat must be met. Adverse climatic events such as summer drought, excessive humidity and spring frosts can compromise grape production or drastically reduce yields, sometimes to the point of making its production unprofitable.

THE SOIL AND THE VINE

But what is soil?

The soil is the uppermost part of the earth’s crust, the layer on which we walk.

The rocks that make up the matrix of agricultural soils may be sedimentary, metamorphic or volcanic in origin. The Colli Orientali del Friuli, for example, are of sedimentary origin, having been formed by the action of rivers, glaciers and the sea.

The first step in the formation of the soil begins with the disintegration of the mother rock by atmospheric agents – rainfall, temperature changes, wind and glacial erosion – and through the activity of animal and plant organisms.

The vineyard and the study of the land 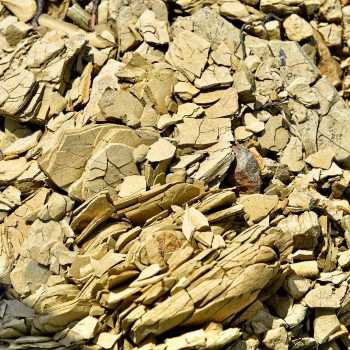 Before planting a new vineyard it is essential to analyse the type of soil, in terms of:

– its profile, with various features which provide roots with more or less favourable conditions for their development;

– its physical composition, namely the size of the particles. These may be fine, like clay or silt, or bigger like sand; the physical composition of the soil also determines its structure, which will be compact if there is a high percentage of clay, and looser if sand predominates;

– chemical composition, which indicates the minerals present in the soil.

Once analysis of the soil has been completed, in choosing the vine to be planted, its climate and cultivation needs must be taken into account, as well as its vegetative-productive performance and the type of wine that can be obtained from it. Apart from the interaction established between the soil, climate and the vine, there are varieties that are more suitable than others for producing certain types of wine; for example Ribolla Gialla, due to its characteristic natural acidity, is ideal for the production of fresh and fruity sparkling wines made using the Charmat method.

Vitis vinifera is the European species of vine from which wines are obtained. Between the end of the 19th and the beginning of the 20th century, Europe’s winegrowers were hit by an epidemic of phylloxera, which destroyed most of the existing vineyards. Today’s vines are grafted on American rootstock, which is resistant to the aphid.

The vine is from the genus Vitis, a woody climbing plant that produces fruits (berries) gathered in bunches of grapes.

The cultivar (or variety) is the variety of vine grown, which derives from vitis vinifera. Varieties are classified according to the colour of the berry (white, black, red), the flavour of the grape (aromatic or neutral), commercial use (wine grapes, table grapes, for drying), or ripening period (early, late).

The vineyard is the soil or land on which vines are grown. It can vary in size and may be planted to vines of a single variety or of different varieties.

Varietal traits refer to the diversity of characteristics found within a biological species. 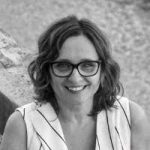 Maria Cristina Pugnetti, born in Udine in 1964, graduated in Business Administration from Cà Foscari University in Venice, and has a post-graduate qualification in digital marketing awarded by Il Sole24 Ore in Milan. She is the author of numerous articles: for Tiere Furlane – an arts and culture magazine focusing on Friuli Venezia Giulia -, Voce Isontina, Il Popolo, Vita Nuova, La Vita Cattolica, Il Quotidiano Fvg, Il Gazzettino (Udine section), and for the Società Filologica Friulana. Proofreader of various books, she is convinced that this is a difficult but wonderful job. Organizer of cultural events. She has a personal blog: vinidellanima.it dedicated to spreading wine and food culture, and also writes on the blog of Tenimenti Civa, where she is Marketing and Communication Manager.