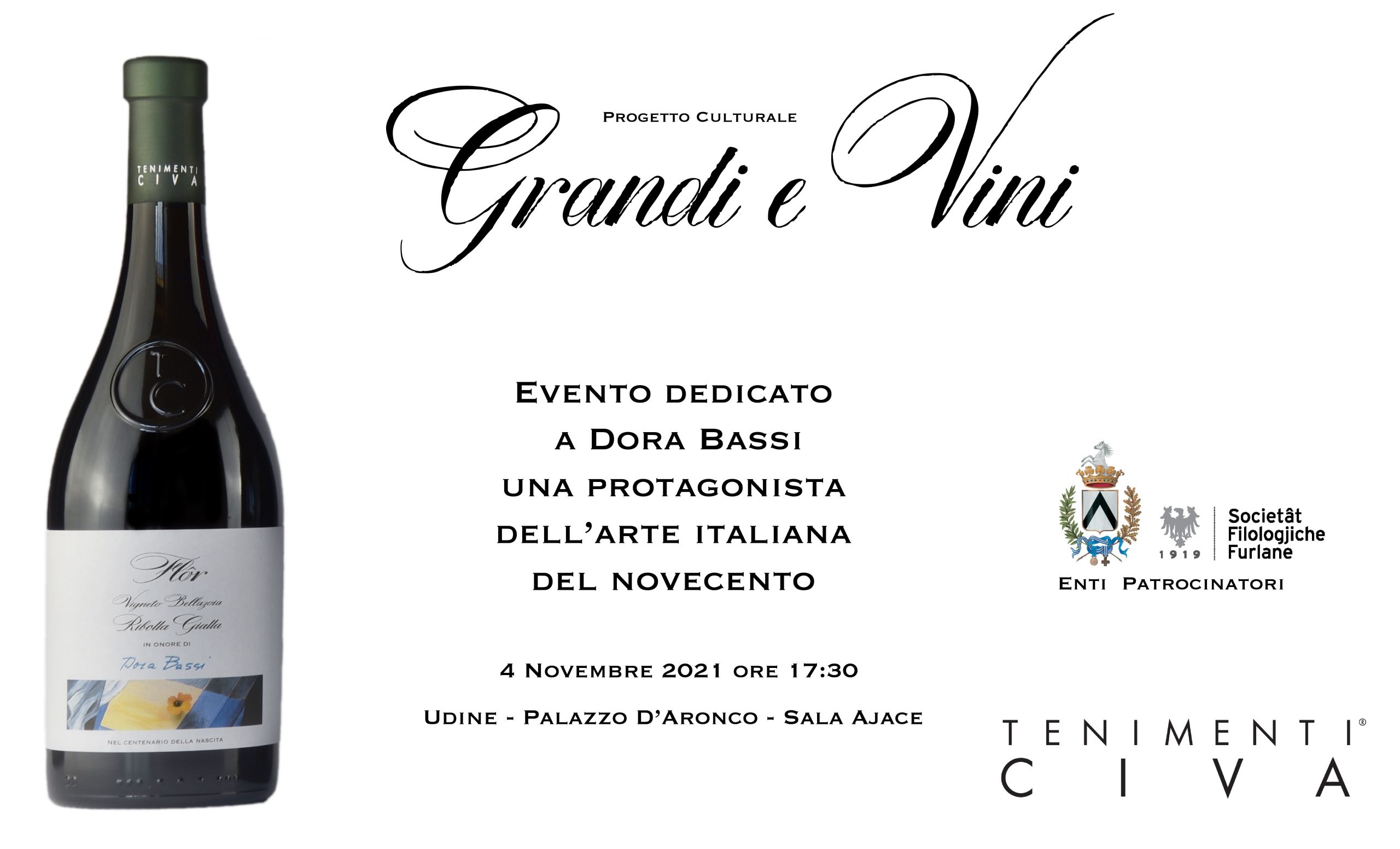 TENIMENTI CIVA COMMEMORATES DORA BASSI PAINTER, SCULPTUR AND WRITER. SHE LEFT HER MARK IN THE ART OF FRIULI IN THE SECOND HALF OF THE 20TH CENTURY

On 4 November at 5.30 pm, as part of the cultural project “Grandi e Vini”, Tenimenti Civa commemorates Dora Bassi, a leading figure in Italian art in the second half of the 20th century, on the centenary of her birth. The cultural event, which received the patronage of the Municipality of Udine and the Società Filologica Friulana, will take place at Palazzo d’Aronco in the magnificent setting of the Sala Ajace.

Giuseppe Bergamini, former director of Udine’s Civici Musei, will talk about Dora Bassi and her artistic career, while Gianfranco Ellero, previously President of the Centro Friulano Arti Plastiche, will talk about the novel “Una notte in fondo al cielo. Un artista in fuga”, published in 2021.

The birth of the “Grandi e Vini” project

Tenimenti Civa was established five years ago in Bellazoia di Povoletto, in the Colli Orientali del Friuli, and we aimed to take root not only in the hills that welcome its vines but also in the culture of the people who have worked them with passion for many centuries. This is why the “Grandi e Vini” project was set up in 2019, celebrating Tina Modotti in 2019 and Pier Paolo Pasolini in 2020, with the launch of two special bottles, called Tinissima and Oru.

This year, in honour of Dora Bassi, painter, ceramist, sculptor and writer, the Ribolla Gialla Vigneto Bellazoia wine was chosen, in numbered bottles called “Flôr”, 1500 in all, and presented in an elegant box. 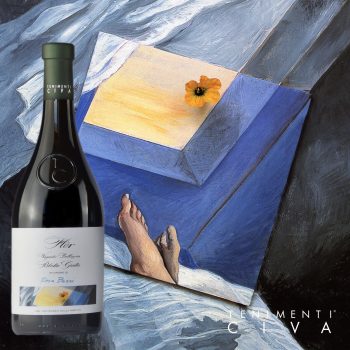 To illustrate the wine label, we chose “Mattina a Sesto”, a work created by the artist in the mid-eighties.

In 2021 Italy has also been celebrating the 700th anniversary of Dante Alighieri’s death, which will be commemorated with a similar event on 3 December.

The artistic career of Dora Bassi

“My real encounter with art took place in Friuli, after I got married. I then discovered the need to express something with shape and colour”, commented Dora Bassi in the book-interview Conversazioni sulle arti visive by Gianfranco Ellero (Arti Grafiche Friulane, 1989). Born in Feltre to a mother from Trieste and a father of Lombard origin, she would have turned 100 on 3 February 2021.

She attended high school in Gorizia, art school in Florence and the Academy in Venice. During the 1950s, she moved from neorealism to the informal, that is, to a movement that best satisfied her expressive needs. She later abandoned the observation of nature to engage in informalism.

She opened a ceramics workshop in Udine and produced reliefs and sculptures for private homes and public businesses, which can still be admired today (Church of Sant’Andrea in Campagnuzza di Gorizia, Church of San Paolo in Udine, Seminario di Castellerio, the middle schools in Feletto and Palmanova …). She taught the art of ceramics for free to the children of the charitable educational centre founded by Don Emilio De Roja in 1952.

She moved to Milan in the seventies when Dino Basaldella called on her to assist him at the Brera Academy, where she taught sculpture from 1971 to 1991. Her friendship with Dino and her move to Milan allowed her – as she herself stated – to fully understand the meaning of modern sculpture.

After the 1976 earthquake in Friuli, she organized a study and research group in Brera to plan the reconstruction of a block in the historic town centre of Venzone.

Dora Bassi experimented with a wide variety of genres during her stay in Milan, sometimes even techniques of her own invention, and also achieved international renown. She was in fact invited several times to the “Grands et jeunes” exhibitions at the Grand Palais in Paris.

She left the Milanese world, characterized at the time by industrial production and the depersonalization of the artist, to return to the dream of art seen as infinite freedom. The first examples of that return to Friuli occurred between the founding of the DARS group (Woman art research and experimentation), an association of female artists engaged in research on language in art, and the 1993 solo exhibition at the Centro Friulano Arti Plastiche in Udine.

Those were also the years in which the artist added to painting the writing of her first novel “L’amore quotidiano” (Ed. Lint, Trieste 1998) which was followed by “Una notte in fondo al cielo. Un artista in fuga”, published posthumously in 2021.

Finally, she devoted herself solely to painting, creating great narrative cycles inspired by the Friulan poems of Pier Paolo Pasolini, by the legend of Santa Orsola and by her childhood in Brazzano. She died on 26 August 2007

To take part in the event, booking is necessary.

Send an e-mail to info@tenimenticiva.com specifying name, surname and telephone number (in the case of a group, a name and the total number of participants are sufficient)

N.B.: In compliance with current legislation, a green pass is required to access the event.