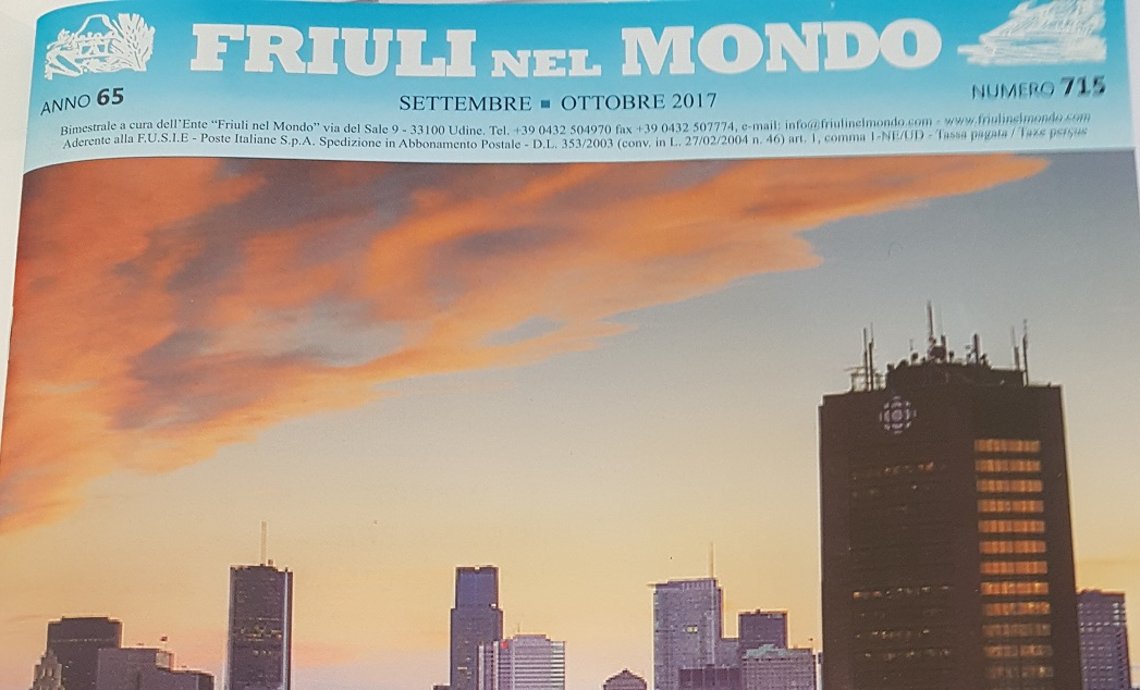 “Ribolla Gialla blooms in the enchantment of Bellazoia” is the title of the recent article published in issue 715 of the magazine Friuli nel Mondo, published by the organization of the same name. Once again, everyone is talking about Tenimenti Civa, seen as a driver of change in Friuli, with its aim of “transforming Ribolla Gialla into a great wine”.

The Friuli nel Mondo organization is a private non-profit association founded in Udine in 1953, considered to be of regional interest by the Regional Council of Friuli Venezia Giulia. It independently promotes relations with Friulans in Italy and around the world, organizing initiatives and working with member associations such as Fogolâr Furlan or Famee Furlane.

Among its numerous activities is that of maintaining and promoting Friuli’s cultural identity, also through the publication of the bimonthly magazine, which is distributed in Italy and Europe (17 countries: Austria, Belgium, Bulgaria, Denmark, France, Great Britain, Ireland, Luxembourg, the Netherlands, Romania, Slovakia, Spain, Sweden, Switzerland, Ukraine, Russia and Hungary), Canada and the United States, Central and South America, Africa, Asia, Australia and Oceania.

“With a wish to strengthen the bond of his wine with the land from which it comes, Valerio Civa decided to call the line for catering ‘Biele Zôe’, from the Friulan name of the place that is home to the winery,” wrote Gianfranco Ellero, author of the article.

Biele Zôe, the Friulan translation of Bellazoia, is a beautiful name that makes consumers curious to know its meaning. Biele Zoe perfectly expresses the fertility of these gently rolling hills, where quality production and the aesthetic enjoyment of the landscape remain inseparable.

“We give them our best wishes for every success,” added Ellero, “also because he [Valerio Civa] is exporting a snippet of our language to the world!”.

This website uses cookies to improve your experience while you navigate through the website. Out of these, the cookies that are categorized as necessary are stored on your browser as they are essential for the working of basic functionalities of the website. We also use third-party cookies that help us analyze and understand how you use this website. These cookies will be stored in your browser only with your consent. You also have the option to opt-out of these cookies. But opting out of some of these cookies may affect your browsing experience.
Necessary Always Enabled

Any cookies that may not be particularly necessary for the website to function and is used specifically to collect user personal data via analytics, ads, other embedded contents are termed as non-necessary cookies. It is mandatory to procure user consent prior to running these cookies on your website.