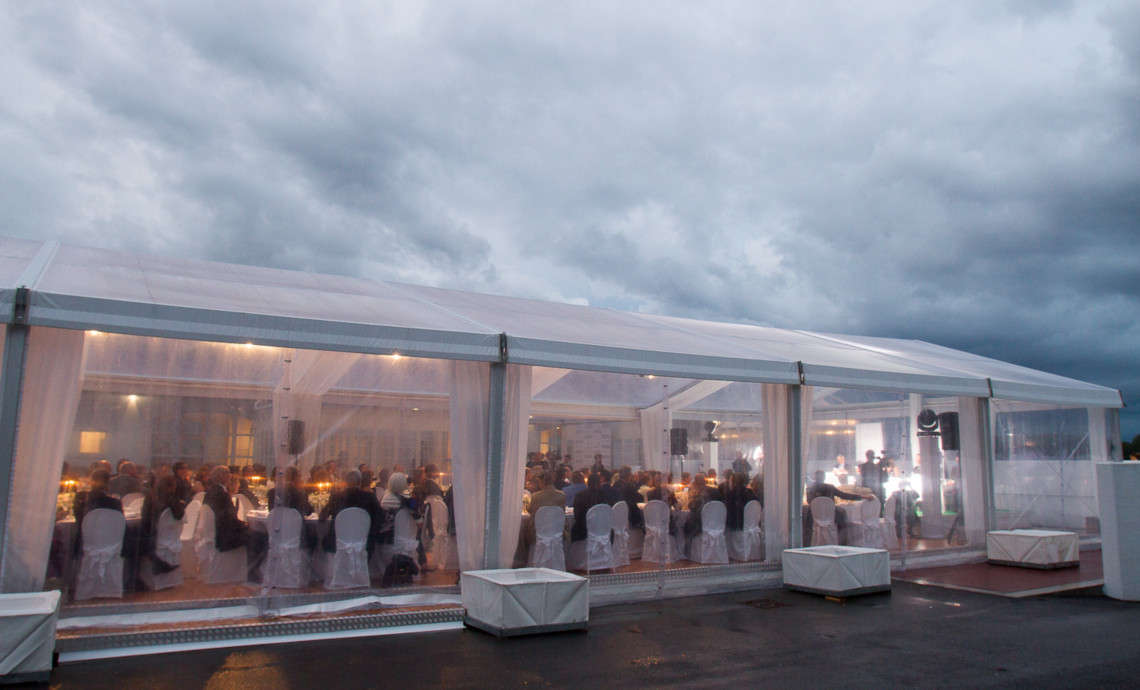 Great success for the inauguration of Tenimenti Civa

More than 200 people from all over the region, but also from Slovenia, Austria and Australia came to Bellazoia, in the Colli Orientali del Friuli, for the inauguration of the Tenimenti Civa estate. The evening was opened by Valerio Civa, owner of the winery, who in thanking the attendees stressed the importance of Friulan wine and in particular Ribolla Gialla as the key to bringing Friulan viticulture back into vogue. Andrea Romito, mayor of Povoletto (Udine), said that this new winery represented a “driving force for the territory to create something innovative”.

“Our thanks go out to Valerio Civa for bringing interest back to Ribolla Gialla,” said Ernesto Abbona, new president of the Unione Italiana Vini and owner of the Marchesi di Barolo winery, “a variety with a curious yet beautiful name. We often forget that we have to tell our story to the market; if we have such a musical, charming name, it makes everything easier”.

Antonio Rallo, former UIV president and owner of the Donnafugata estate, said that: “I have always admired Valerio’s ability to organize his company and working team. We saw this at Effe.ci Parma, and I’m curious to see how he will face this new challenge, with all the uncontrollable variables that being a wine producer entails.”

“The great challenge,” Civa replied, “arises from a passion for wine. Wine that is sold through supermarket chains, which are looking for increasingly high quality products. Let’s not forget that 80% of the bottles of wine produced in Italy are sold in supermarkets. My winemaking project is dedicated to consumers who are attentive to what they want to drink and eat.”

Fede & Tinto, (authors and presenters of the Decanter programme on Rai Radio2), who moderated the evening’s events, then introduced Enos Costantini, an expert in viticulture, who entertained the audience with the interesting history of Ribolla Gialla. “Wine needs cultural depth,” he said, “and we find this depth in Friulan wine. What has been written about the history of viticulture and wine in Friuli is unmatched even in Bordeaux or Burgundy. This is an added value that we should learn to communicate. Ribolla is 786 years old, an impressive age. This is a Friulan variety and wine with a long history, which I predict will have at least as many years ahead of it, concluded Costantini, “just like Tenimenti Civa, starting this evening.”

Friuli Venezia Giulia’s regional governor Debora Serracchiani, speaking at the inauguration of Tenimenti Civa, said that: “Ours is clearly a region that attracts investments, and an Emilian producer has invested here, demonstrating that he believes in our territory, in our expertise, in the business opportunities we offer, and in the quality of our products”.

She added that: “It’s important to accompany these investments by redeveloping the territory, protecting it, making it known, and giving visibility to Friuli Venezia Giulia. I believe that Valerio Civa’s expertise in large-scale distribution may be the important element that was missing in the wine sector in this region. Many wines are popular nationally and internationally, but their production areas are little known. The geographic location of Friuli Venezia Giulia is not common knowledge, and the region needs to achieve visibility through its products. The regional council is committed to redeveloping depopulated areas, and increasingly, supermarkets are not only interested in the quality of the products, but also in where they come from. This has made it possible to give a new lease of life to activities that had been abandoned, such as the dairy in Castions di Strada, or to support clam farming in Marano and many other small economic sectors that would otherwise be unable to survive. When they are promoted by supermarket chains, they manage not only to survive, but to thrive.”

Also present at the event were the regional councillors Mariagrazia Santoro (Infrastructures and Territory) and Cristiani Shaurli (Agricultural and Forestry Resources). The latter expressed his admiration for “an entrepreneur who showed from the outset that he knows our territory and appreciates our native vines, starting with Ribolla Gialla, in which he believes and which he considers Italy’s noble sparkler.”

For Shaurli, the winery’s investment is a source of pride for the entire region, “also because this entrepreneur wants to further promote our more traditional vines, those that represent our identity, those that, as I often say, cannot be replicated anywhere else.”

The first written mention of Ribolla is dated 1231, and appears in the Statutes of Treviso, but refers to it as a vinum navigatum, in other words a wine that arrived in Treviso from elsewhere. Ribolla was produced in Friuli, Trieste and Istria, the most appreciated in terms of quality, and was destined largely for Venice, and then distributed to the rest of Italy and Europe. The wine was made – and still is – in Romagna, in very small quantities, but using another grape variety, not ribolla. It was also produced in the Marche, on the hills around Bologna, in Greece and in the Aeolian Islands. There were several varieties called ribolla, so named to take advantage of the prestige enjoyed in the area by Ribolla wine. It should be noted that the latter was not a monovarietal.

In Friuli in the 1930s, for example, Ribolla was made with 10-12 different varieties: Ribolla Gialla, Ribolla Verde, Glera Secca, Glera Grossa, Ribuelàt, Prosecco, Coneute, Agadele, Pogruize, Gran Rap, Cividin, Cividin Garb. In the past it was certainly sweet, as all fine wines were, but above all it was a sweet filtrate, that is, it was filtered to stabilize a liquid that was no longer must but not wine either. It was consumed by the wealthy classes or gifted to the powerful, but above all it had a market beyond the mountains, in Northern and Eastern Europe. Ribolla had an excellent reputation until the beginning of the 19th century, and its decline began towards the middle of the same century. We had to wait until the 1990s for it to be placed once more on the market on a large scale in the still version and more recently in the sparkling version. That’s the history of Ribolla so far. Only between 1821-1823 is there a precise mention of the ribolla grape variety. Its consecration is due to Pietro di Maniago and his Catalogo dei vitigni coltivati in Friuli e in Veneto, in which Ribolla Gialla is given its own entry.